Hyperbaric oxygen therapy is a revolutionary new treatment that has shown great promise in improving cell regeneration, boosting immune systems, as well as in treating inflammation across the body.

In this blog, we will be focusing on the positive effects of Hyperbaric Oxygen Therapy in patients suffering from Inflammatory Arthritis.

What is Inflammatory Arthritis?

It frequently affects a large number of joints at the same time. Inflammatory arthritis is far less frequent than osteoarthritis (OA), which affects the majority of persons in their later years.

Inflammatory Arthritis is an autoimmune and inflammatory illness in which your immune system mistakenly assaults healthy cells in your body, causing inflammation (painful swelling) in the affected areas. Inflammatory arthritis mostly affects the joints, often affecting many joints at once.

The symptoms of inflammatory arthritis can be considerably reduced or even eliminated if recognized and treated early on.

Proper diagnosis, especially in the early stages of the disease, can help to avert major, lifelong arthritic problems.

While it is unknown what causes inflammatory arthritis in each individual, it is known that the immune system does not know when to slow down.

When we are exposed to bacteria, viruses, or fungus, our immune systems create white blood cells called lymphocytes as well as immunological proteins to fight back.

Inflammation is caused by lymphocytes and immunological proteins, which is usually restricted and resolves once the foreign substance is defeated.

The immune response in someone with inflammatory arthritis does not know when to end. It turns on your body, fighting your own tissues rather than the foreign material, resulting in chronic inflammation.

Because the immune system loses its ability to identify healthy cells from foreign cells, inflammatory arthritis is referred to as a “autoimmune disease” (auto meaning “self” and “immune”). 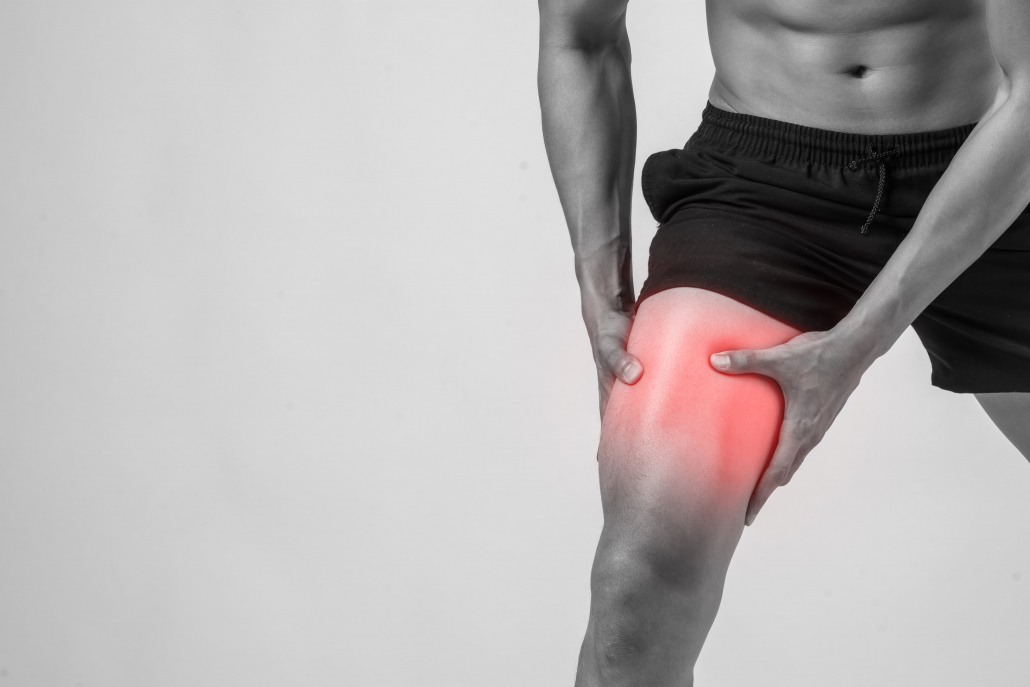 Symptoms of inflammatory arthritis include joint soreness and stiffness, especially in the morning, after periods of rest or inactivity.

Inflammation, redness, and/or warmth in the afflicted joints is also common. Other parts of the body, such as the skin or internal organs like the lungs and heart, become inflamed.

How is Inflammatory Arthritis Conventionally Treated?

Inflammatory arthritis is usually treated with a mix of medications that reduce swelling and pain while also regulating the immune system, such as steroids, corticosteroids, or immunosuppressive drugs.

Patients must strike a balance between rest (which helps prevent arthritic flaring) and activity to avoid losing mobility and joint function (which can help prevent joints from becoming too stiff).

When nonsurgical treatments for osteoarthritis fail to give long-term relief, joint replacement surgery may be considered.

The Root of the Problem

Your immune system is your body’s army. When the immune system is working effectively, it swiftly detects intruders (such as viruses or bacteria), mounts a strong enough response to drive them out, and then returns to normal.

Cytokines are molecules produced by the body that operate as troops in the body’s defense against sickness.

Cytokines are tiny proteins that transmit messages between immune cells, allowing them to communicate and instruct one another.

When everything is working properly, pro-inflammatory and anti-inflammatory cytokines collaborate to destroy an invader and then calm down so the immune system isn’t constantly on the attack.

Of course, patients with autoimmune diseases like inflammatory arthritis or lupus don’t have fully functional immune systems since normal bodily tissues are mistaken for “foreign” and attacked as a result.

A cytokine storm can emerge from a dysfunctional immune system overproducing cytokines. Various inflammatory cytokines are produced at a considerably faster rate than normal during a cytokine storm.

Positive feedback on other immune cells occurs as a result of the overproduction of cytokines, allowing more immune cells to be drawn to the site of injury, potentially leading to organ damage.

This mechanism can cause havoc in the body, as cytokines assault healthy cells without discrimination, causing and exacerbating the symptoms of inflammatory arthritis.

However, recent studies have shown that with proper oxygenation of the body, cytokine storms and overactive immune systems can be efficiently treated. This is where Hyperbaric Oxygen Therapy becomes useful.

What is Hyperbaric Oxygen Therapy?

Oxygen is the single most important nutrient that the body needs to survive.

Bodily cells, including immune cells, use oxygen as an energy source in order to perform various functions, most importantly for regeneration and healing.

Hyperbaric oxygen treatment enriches the body with oxygen, giving our cells more energy and ultimately allowing us to feel better.

When we breathe normally, oxygen is taken into the circulation and distributed throughout the body solely by red blood cells.

Hyperbaric oxygen therapy helps the body to absorb greater levels of oxygen than it normally could.

Pressurized oxygen is administered to the body during hyperbaric oxygen treatment, boosting blood and tissue oxygen levels in places where they have been lowered due to disease or injury.

Patients are kept in an enclosed area with high air pressure and oxygen saturation to achieve this.

All of the body’s fluids, particularly plasma, lymphatic system, central nervous system fluids, and bone, can dissolve oxygen in this state.

This allows us to dissolve, transport and deliver many more times the normal oxygen to our tissues and cells

Hyperbaric oxygen therapy, or HBOT, is a method of treatment conventionally used for carbon monoxide poisoning, gangrene, stubborn wounds, and infections caused by a lack of oxygen in the tissues.

Hyperbaric Oxygen Therapy, on the other hand, has been found to induce new blood vessels to form and carry more blood.

Hyperbaric Oxygen Therapy creates an oxygen-rich, high pressure environment that enables patients to breathe and absorb up to 300% more oxygen than normal.

This improves blood flow and delivers oxygen and nutrient-rich blood to swollen and inflamed tissues, lowering edema and inflammation.

HBOT has been shown in studies to help patients with severe inflammation and swelling, particularly in arthritic limbs.

How Does Hyperbaric Oxygen Therapy Benefit the Immune System?

The high-oxygen environment of a Hyperbaric oxygen chamber can improve the efficiency and effectiveness of your body’s natural immune response by boosting your immune system function.

HBOT has been found in lab experiments to lessen autoimmune symptoms such as erythema and lymphadenopathy.

Hyperbaric oxygen treatment has been shown to reduce cytokine storms in studies.

What is the process like when undergoing Hyperbaric Oxygen Therapy?

Patients receive hyperbaric oxygen therapy in a pressurized, sealed environment where they can lie down or sit upright.

A tailored oxygen breathing hood is placed over your head, allowing oxygen to dissolve in your plasma almost instantly.

This increases the rate at which concentrated oxygen is delivered to sick tissue. The breathing hood is filled with oxygen until the oxygen level reaches 100%. (the normal air we breathe only contains 21 percent oxygen).

At the same time, the pressure around your body gradually rises above normal air pressure.

Breathing in pure oxygen while inside a chamber with increased pressure pulls oxygen into your bloodstream faster and more efficiently.

As a result, the oxygen content in your blood is higher than it might be under normal air pressure.

This extra oxygen is given to your body tissues through your bloodstream and is used to boost cell regeneration.

Inflammatory Arthritis is a painful joint disease that is caused when a hyperactive or malfunctioning immune system induces unwanted inflammation.

An unhealthy immune system can overproduce cytokine molecules, creating a continuous cycle of cytokine production known as a cytokine storm. This is extremely harmful to the body, as the excess cytokines destroy healthy cells, causing further inflammation.

Oxygen is an essential nutrient that our cells use as energy to function and heal. Proper oxygenation of the body can alleviate cytokine storms by providing our immune system with enough energy to overcome diseases without the need to overproduce cytokines.

Hyperbaric oxygen therapy is a procedure that enriches the blood and plasma with high levels of oxygen. It is a safe and effective way to boost our immune system and prevent cytokine storms and reduce inflammation.

Follow Me!
Hyperbaric Oxygen Therapy for Residents of Chicago